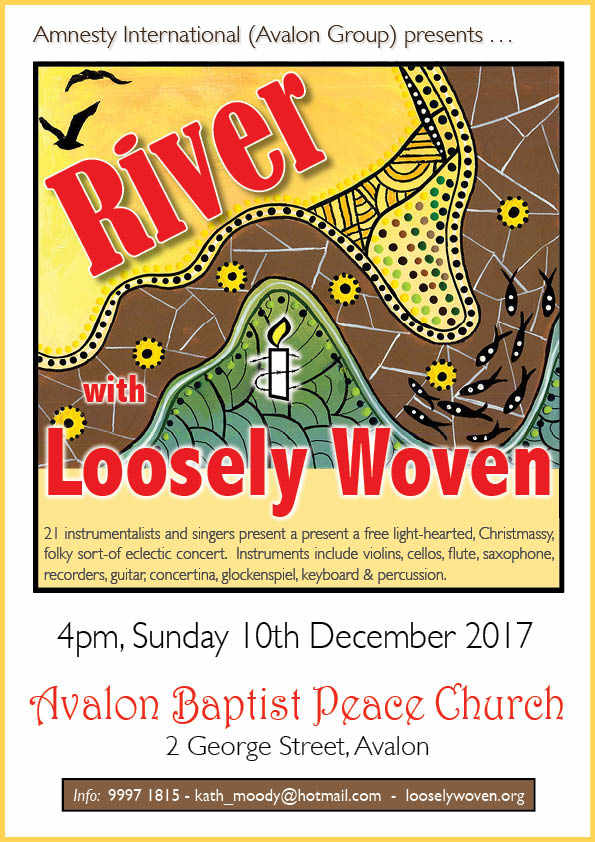 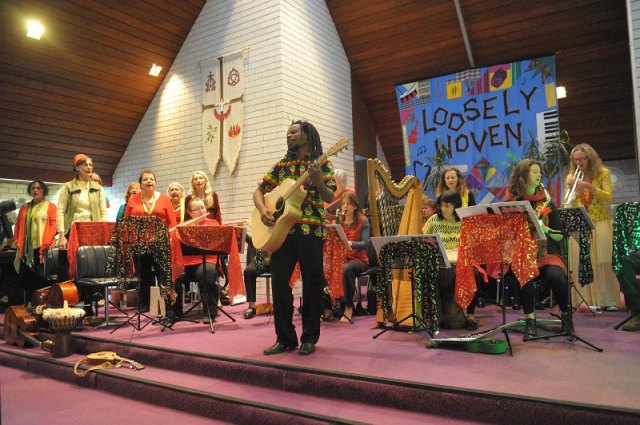 Wayne Richmond, the leader of the group, is one of the Peninsula’s inspirational leaders in giving live music  to the community .   The group will include 21 instrumentalists and singers. Wayne and his musicians have been contributing to Amnesty’s great work for more than 20 years and helping those who suffer injustice ,unfair imprisonment , torture, execution and other human rights abuse.   At  the last concert held in August Wayne received an award from Amnesty International for his wonderful work!

Some comments on previous concerts from reviewer Paul Cruise:

“Loosely Woven again demonstrated their uncanny ability to encompass the gamut of human experience in a single performance.

Leader Wayne Richmond and his talented crew took their audience to many places – some enchanting, some disturbing, some hilarious, some mournful; I felt I’d been given a grand tour of my own heart. What more could you ask of a night out? “* .

. Loosely Woven encourage audience participation in their concerts which are always lots of fun, and  you can enjoy a musical treat and  also support  human rights by coming  because voluntary donations will go to Amnesty International

Avalon Amnesty International group works for the rights of:-

refugees and asylum seekers; indigenous people,  many victims of unjust treatment;  those at risk of torture and execution;and  to gain human rights for  disadvantaged people all over the world. This year have been working hard  to change the  prison incarceration of children as young as 10 years old. At the concert we will  have petitions for the Write for Rights campaign which tries to prevent injustice in many countries..