It takes a village to unite the most divided people on earth.

In 2003, the Palestinian village of Budrus mounts a 10-month-long nonviolent protest to stop a barrier being built across their olive groves.

A Palestinian community organizer, Ayed, unites local Fatah and Hamas members along with Israeli supporters  to save his village  from destruction by Israel’s Separation Barrier.  Non violence is  the means. At first he is not successful but then his 15-year-old daughter, Iltezam, launches a women’s contingent that quickly moves to the front lines. Struggling side by side, father and daughter  inspire a little-known movement in  Occupied Palestine

Ayed succeeded in doing what many people believe to be impossible: he united feuding Palestinian political groups, including Fatah and Hamas; he brought women to the heart of the struggle by encouraging his daughter’s leadership; and  hundreds of Israelis  crossed into Palestinian territory for the first time and joined this nonviolent effort.    This non-violent action continues, but we dont hear of it.

See the discussion : or see transcript below

Julia Bacha’s Budrus vividly documents the non-violent   struggle of the people, people like you and me, of a Palestinian village against Israel’s  intention to build its Annexation Wall on  village land where 3000 ancient olive trees sustain village life. We city folk have no concept of the vulnerability  of depending on the land for our livelihoods that feeds our families. And so we have no idea of the deep connection between the villagers of Budrus and their love for the land and the trees that for generations have been their lifeblood.

The wall was begun in 2003 on pretentions of security. It is twice the length of the Armistice or Green Line so much of the wall is built on lands confiscated from Palestinian landowners within the West Bank – not within Israel’s own territory. Many Palestinian homes, business, orchards, and other valuable assets in the route of the wall have been destroyed

As you know in 2004 the ICJ concluded that the Annexation Wall  violated international law. On 20 July 2004, the UN General Assembly accepted another resolution condemning the barrier with 150 countries voting for the resolution and 10 abstaining 6 countries voted against: Israel, the US, Australia, Micronesia, the Marshall Islands and Palau. Nevertheless, the construction of the Wall continues to this day.

Budrus will speak for itself, so I would like take this opportunity to draw your attention to an important issue that  determines your and my view of the Palestine matter.

At the viewing of Our Generation here in July, I was struck by some similarities between the oppression Aborigines and Palestinians suffer. The main point of similarity is the outright lies which are a means of controlling both peoples involving  the collusion between their respective governments and the mainstream media.

Jeff McMullen pointed out that public support for Howard’s military Intervention was initiated and maintained  by shocking lies mainly that the government was stepping in to save Aboriginal children from sexual abuse and yet  4 years later there is no evidence of paedophile rings and no Aboriginal has been charged  with sexual abuse. The Intervention is overtly racist given  all the social problems occurring in Aboriginal communities occurs on a grander scale in mainstream ‘white’ society and that the intervention is clearly an apparatus for the domination of Aboriginal people and the covert  theft of their resource rich lands .

Jeff said that the telling of lies by the Australian government  to the  Australian people is nothing new- for example  the asylum seeker matter  is riddled with deceit- children overboard, queue jumping,  and  the labelling boat people as illegals is so offensive given the majority of the boat refugees are fleeing war-torn Afghanistan and Iraq that are linked to another lie in which Australia  colluded – the wars for oil resources  ie land,   launched under the  lies of WMDs and the nebulous war on terror.

As with Indonesia’s occupation of East Timor, Australia put political and economic pragmatism ahead of international law and rights of the Palestinians who under Israeli occupation daily lose their beloved land, their livelihood and lives.

Israel’s impunity to commit war crimes and crimes against humanity is upheld by media and government lies or what the Israelis call ‘hasbara’ or propaganda which the Australian government and media obediently regurgitates.

Here are some lies to look out for.

Palestine was “A land without a people for a people without a land”  this was uttered by Israeli Prime Minister Golda Meir and echoes Australia’s lie of Terra Nullius. This racist notion blended with the ungodly Biblical superiority of the chosen people  in  Genesis (15:18): “… the Lord made a covenant with Abraham, saying, ‘To your descendants I give this land, from the river of Egypt to the great river, the river Euphrates,…'” is the basis of Zionist ideology and the mythical source of the Palestinian tragedy.

Israel is always the victim and has a right to defend itself.

Kim Peterson the editor of Dissident Voice  makes the point:

We  are told over and over that “Israel has a right to defend itself,” as if the slaughter being carried out by a world military power against a starving population could be construed as some kind of defense.

Israel, the world’s most frequently cited violator of international law, a racist state, an occupation state built through violence and slow-motion genocide is being acknowledged as having the right to defend its criminality.”

Palestinians have no air force, no drones, no high tech surveillance apparatus, no nuclear arms, no tanks, no phosphorous or cluster bombs to defend their lives and their land which they have a right to do so. And for this they are labelled terrorists for resisting the state terrorism of mighty Israel which spends 1.5 billion a year on armaments.

Critics of Israel including Jews are anti-semitic. Look how the recent BDS protestors  at  Max Brenner shops are labelled Nazis and anti-Semites when the Straus group that owns Brenners  proudly supports  two of the most vicious army units- the elite Golani and Givati brigades accused of war crimes in the Operation Cast lead attack on Gazan civilians two years ago  and war crimes in the Jenin refugee camp in 2002. Miko Peled the Israeli  activist stated  that these Strauss supported brigades are  ‘at the cutting edge of  brutality’.

Israel demands Palestinians recognise Israel’s right to exist. A non-state or any state for that matter can’t give recognition for another state’s RIGHT to exist. Besides Israel has not recognized Palestine’s right to exist.

America is an  honest-broker in the peace process is a long-standing joke. America has, since Truman, taken the Israel partisan line. And why? The Zionist Lobby  can make or break US Presidents. Truman was ‘sensitive to his advisors’ claim that a pro-Zionist position would help raise funds for the Democratic party machine’, and in October 1945 when Truman met with American ME diplomats  concerned about deteriorating American –Arab relations ‘bluntly concluded the meeting by telling them: “I am sorry, gentlemen, but I have to answer to hundreds of thousands who are anxious for the success of Zionism. I do not have hundreds of thousands of Arabs among my constituents.” Safty p166 Zionist power is  more forceful in a presidential campaign year. A case in point is  Obama’s  blatant pro-Israel  speech at the UN last month with the threat to veto Palestine’s rightful  bid  for statehood.

“The peace process has been one of the great frauds of recent diplomatic history, having served as a cover for Israel’s settlement policies in the West Bank. It has by now succeeded in establishing some 600,000 Israelis on Palestinian land in the West Bank and East Jerusalem.”

All these lies shape world opinion by the Israeli control of the western press. Immediately upon the extra-legal, arbitrary and summary executions of 9 aid workers on the Mavi Marmara, Israel lied  about its commandos being attacked  with knives and guns as they slid  down ropes onto the ship in international waters. Israeli peace activist, Miko Peled, son of  an Israeli general,  points out that no commandoes would have  been ordered to drop  from a helicopter onto  an armed ship. The ABC in September 2010 shamefully showed a BBC documentary Death in the Med by Jane Corbin which reinforced Israeli lies. BBC and ABC pro-Israeli bias is  well known.

“In 2011. On New Year’s Eve, Jawaher Abu Rahmah collapsed from inhaling tear gas fired by Israeli troops during the weekly protest against the massive wall that penetrates deep into her native Bilin, a West Bank village. After she died the following morning, the Israeli army spread malicious rumours – reported faithfully in some newspapers – that she may not have attended the demonstration and instead perished from cancer.” David Cronin

On 18 August 2011, 8 Israelis were killed in Eilat, southern Israel. Israel immediately blamed Gaza while no Gazan group claimed responsibility. Israel mounted a missile attacks killing 17 Palestinians including two children one of whom was 12 year old Ibrahim Zaza who was hit by missile from an unmanned drone  while playing  with his cousin in front of their home.

‘Both of Ibrahim’s arms were cut off. He had a hole in his lung. Parts of his legs were missing. His kidney was in a bad condition…we need people to stand with us.’ These were the words of an exhausted man as he described the condition of his dying son in an interview with The Real News, an alternative news source.

Shortly it was revealed that all the attackers were Egyptian and the 17 innocent Gazans including young Ibrahim  died for nothing and, of course, no one will be  punished for their murders.

One important but barely  announced truth is the SOLIDARITY of  many many Israelis and Jews  who actively protest the occupation. Women in Black have been holding vigils against the occupation every Friday since 1988. There is also  ICAHD, Breaking the Silence, B’t selem,  Jewish Voice for Peace. Rabbi’s for Human Rights- Jews Against the Occupation and many more.

In BUDRUS we see the solidarity of Palestinians, both Fatah and Hamas, and Israelis committed to non-violent sustained actions for peace and justice.

WHAT WE CAN DO

Budrus affirms people  power – a power that is sweeping the Arab  Springs and now in the Occupy  Wall St actions in the US. WE, in democracies, have great power  because we elect  politicians who are in our service.  Unlike the people of Egypt, El Salvador, Burma, East Timor we don’t  have to risk our lives when demanding justice and yet the majority of us are passive or indifferent.

Activism for justice at all levels of life is a  profoundly spiritual act- and more so when we  demand justice for the Other, for the  vulnerable members of the human family whom we may never meet.

So let us use our power to write to our political leaders ,to relevant embassies in Canberra, to the media,  to demand justice and peace for Palestine and Israel. You don’t have to write a treatise- a single line is enough. It is your voice alongside other voices that matters.

I’ve found that by being involved that I am not overwhelmed  by the vast injustices in the world because I know there is so much  good  out there in known and unknown places where good people are making  a difference. I choose to add to the good. 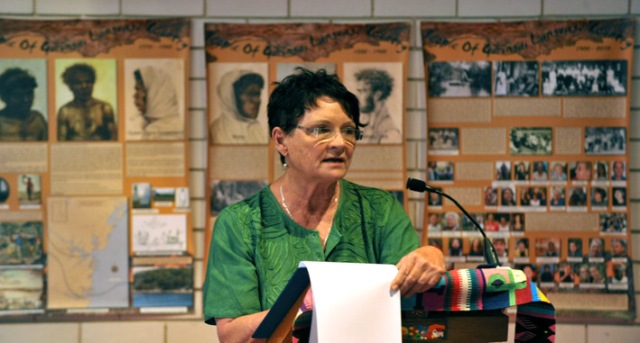